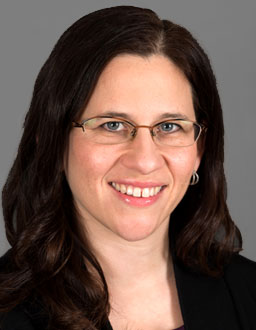 Dr. Sacharow is a medical geneticist experienced in the management of patients with metabolic disease including phenylketonuria. Dr. Sacharow is the medical director of the PAL clinic at Boston Children's Hospital and the director of the Dr. Harvey Levy Program for Phenylketonuria and Related Conditions. She studied Neuroscience at Vanderbilt University prior to getting her MD at the University of Miami Miller School of Medicine, and later joining the faculty. She is board-certified in Medical Genetics, Medical Biochemical Genetics and Pediatrics. She was involved with the implementation and execution of expanded newborn screening for metabolic disease in South Florida for 10 years.  Dr. Sacharow was recruited to Boston Children’s Hospital/Harvard Medical School in 2015. Dr. Sacharow has published numerous articles and is co-investigator in multiple clinical trials for Phenylketonuria and Homocystinuria. She has expertise in the management of patients with pegvaliase (Palynziq), having been an  investigator in the clinical trials leading the PAL clinic at Boston Children's Hospital, and co-author of the management guidelines for pegvaliase. She provides medical management for a large number of adult patients with pegvaliase (Palynziq) in the PAL Clinic. She has been an invited speaker at national and international conferences to educate and share the BCH PAL program's experiences and practice improvements. 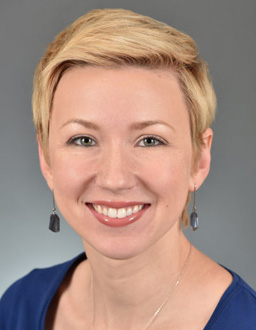 Krista Viau, PhD, RD, CSP is a Metabolic Dietitian at Boston Children’s Hospital, Boston, MA. She earned her master’s degree in Nutritional Science at Utah State University and her doctoral degree in Public Health at the University of Utah. She has been working in the field of metabolic nutrition for 10 years, first at the University of Utah and now at Boston Children’s Hospital. Dr. Viau’s research interests are centered on improving nutritional therapies for metabolic disorders. She has been involved in multiple clinical trials for novel therapies to treat IEM, including pegvaliase, which is now FDA approved. Dr. Viau is currently investigating the impact of pegvaliase therapy on the nutrition status of adults with PKU. 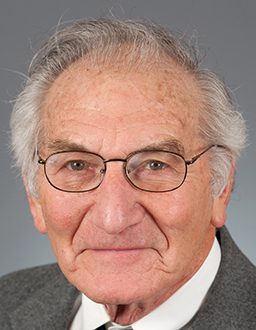 Dr. Levy is Senior Physician in Medicine and Genetics at Boston Children’s Hospital and Professor of Pediatrics at Harvard Medical School. He serves as a physician in the Palynziq Clinic. Dr. Levy has been involved in the diagnosis, treatment and research of PKU for 50 years. He was the Principal Investigator of the Boston Children’s Hospital center for the northeast of the United States for the clinical studies of Pegvaliase, now known as Palynziq, which led to approval of Palynziq as a treatment for PKU and he also served as a member of the PKU Advisory Board that oversaw these studies. In the early 1990’s Dr. Levy was an advisor to McGill University during the early research of phenylalanine ammonia lyase (PAL), the enzyme name for Palynziq, as a treatment for PKU. Dr. Levy serves as a physician in the Palynziq Clinic. 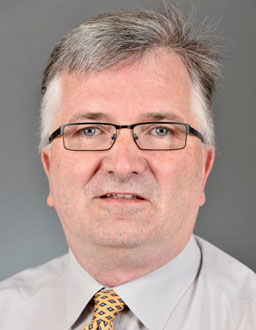 Dr. Bodamer obtained his MD and PhD degrees from the Universities of Heidelberg and Saarland, Germany, respectively. He has done Pediatrics training in Germany and at Great Ormond Street Hospital in London and subspecialty training in Clinical and Biochemical Genetics at Baylor College of Medicine in Houston. Following being the director of the Austrian Newborn Screening Program and of the Division for Pediatric Genetics at the University Children’s Hospital in Vienna he returned to the United States in 2010 to join the University of Miami as the founding Chief of the Division of Clinical and Translational Genetics and Director of the Medical Genetics Laboratories. Dr. Bodamer was recruited to Boston Children’s Hospital in 2015, where he has established an active basic and translational research program. He is member of several editorial and scientific advisory boards and patient advocacy groups. Dr. Bodamer has a busy clinical practice at Boston Children’s Hospital where he sees patients of all age groups with genetic and metabolic disorders. In addition he is active in several areas of translational genetics and genomics research, clinical trials and involved in educational and teaching activities within Harvard Medical School. Dr. Bodamer is the Principle Investigator of the first gene therapy trial in PKU as well as the National PKU patient registry. 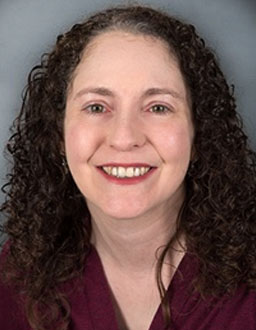 Dr. Kritzer is an attending in the Division of Genetics and Genomics at Boston Children’s Hospital. She graduated from the Albert Einstein College of Medicine in Bronx, NY. She did her Pediatrics residency at The Floating Hospital for Children at Tufts Medical Center in Boston, MA and then completed fellowships in Clinical Genetics and Medical Biochemical Genetics at Boston Children’s Hospital. Her clinical work is focused on the care of children and adults with rare metabolic disorders. She serves as physician lead for Quality Improvement in the Division of Genetics. As QI lead, she creates and implements patient care initiatives designed to improve patient safety and patient and family experience. Her work is dedicated to addressing the psychosocial needs of patients with rare diseases with a focus on improving quality of life. She serves as a Principal Investigator for several lysosomal storage disease registries, as co-director of the BoLD lysosomal storage disease program at Boston Children’s and as one of the main physicians for the PAL clinic. 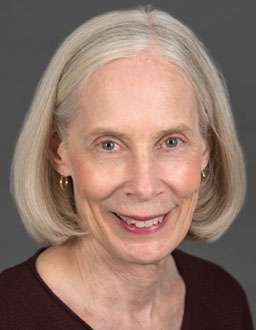 Ann Wessel, MS, RD is a Metabolic Dietitian at Boston Children’s Hospital, Boston, MA. She earned her master’s degree in Clinical Nutrition at Boston University. She has an undergraduate degree in Food Science and Nutrition from Colorado State University and did a dietetic internship at the University of Kentucky Medical Center. She has worked at Boston Children’s Hospital for most of her career and has been in the field of metabolic nutrition for over 20 years. She has a strong interest in maple syrup urine disease and phenylketonuria, and has been active in research to treat inborn errors of metabolism. 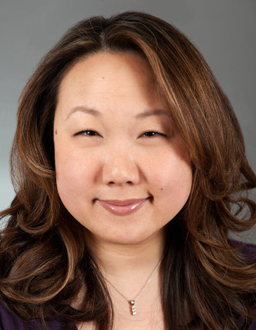 Leslie Martell, MS, RD, LDN, is a Metabolic Dietitian at Boston Children’s Hospital, Boston, MA. She earned her master’s degree in Clinical Nutrition at Boston University. She has an undergraduate degree in Biology from Amherst College and did her dietetic internship at Boston University/University of Massachusetts Memorial Medical Center. Leslie has been lucky to be able to work in the field of metabolism at UMass, Tufts Floating Hospital for Children, and now Boston Children’s Hospital. She has a passion for working with patients and families in the metabolic nutrition management of inborn errors of metabolism. 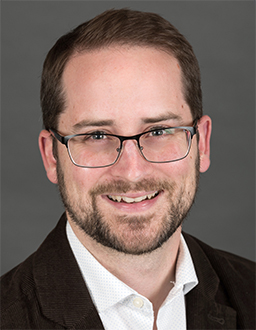 Benjamin Goodlett, PhD, is a psychologist who specializes in cognitive assessment and talk therapy to individuals affected by inborn errors of metabolismHe completed his PhD through Wayne State University and his postdoctoral fellowship at Boston Children’s Hospital. Dr. Goodlett’s research is focused on understanding the cognitive, emotional, and behavioral needs of people with inborn errors of metabolism and their families. He maintains involvement in a number of clinical trials including pegvaliase (concluded) and gene therapy for PKU. 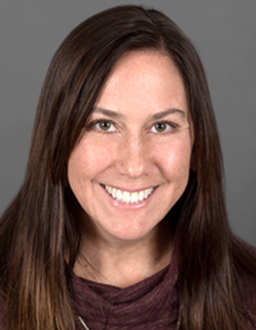 Kyla Almeida, RN, BSN is a registered nurse who cares for patients with PKU being treated with pegvaliase. She obtained her nursing degree from University of Rhode Island and trained at Hasbro Children’s Hospital. She joined Boston Children’s Hospital in 2007 as a nurse in the Emergency Department. Kyla transitioned to research nursing and implemented many of the hospital’s investigational drug trials. She implemented the first pegvaliase clinical trial at Boston Children’s Hospital as well as all subsequent trials for this therapy. Upon FDA-approval, she helped developed the PAL Clinic for commercial use of pegvaliase and now serves to educate and support patients receiving treatment. 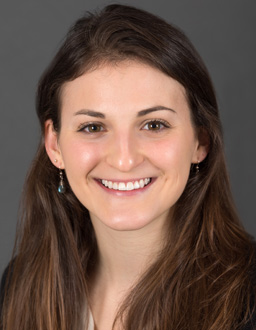 Cassie is the Program Coordinator of the PAL Clinic. She graduated with a BS in Biology from Ithaca College prior to joining Boston Children’s Hospital in June 2017. She worked as a clinical research coordinator in the Metabolism Division for projects that studied Urea Cycle Disorders and PKU before transitioning to clinic to support the development of the PAL Clinic and PKU Program. She has presented research on a PKU imaging study under the direction of Psychologist Susan Waisbren, PhD. She has also presented a poster at the American College of Medical Genetics Annual Meeting in 2019 with Dr. Sacharow and Kyla Almeida, RN on the development of the PAL Clinic. Cassie provides support to the PAL Clinic’s clinical team as well as various patient needs.